Questions about Lindt Cafe Sydney Siege… what to do now & next time?

I wanted to wait a few days for more facts to come to light before commenting on the Sydney Siege. Having waited and read a number of comments, I now have more questions about the Sydney Siege than ever.

Let’s begin with the facts: On Monday 15 Dec 2014, Shiek Man Haron Monis took 17 hostages inside the Lindt Cafe in Martin Place, Sydney, making 2 initial demands: he wanted an ISIS flag and a phone call with Prime Minster Tony Abbott. Neither was granted. The siege ended 17 hours later around 2am the next day with his executing Lindt Cafe manager Tori Johnson (34) with a bullet to the back of the head and the death of barrister Kartina Dawson (38). It is unconfirmed whether she was shot by Monis or police or both. Monis was a 50-year-old Iranian Muslim terrorist who was sympathetic to ISIS and had a rap sheet that began in Iran and continued in Australia where he is accused of being an accessory to the murder of his wife (his girlfriend stabbed her) and of sexually assaulting 7 women while they attended his counseling.

It is also a fact that Australia is a great country. There’s been no fear to continue Christmas shopping, no over-reaction against Muslims in general, no “Islamophobia” from the public so far. But if terrorist attacks continue, people will be afraid, paranoia will settle upon street walkers, and we as a people will need a response plan.

Unless we could ask Mr. Monis himself, who is dead, we probably won’t get confirmation, but the speculation is that Lindt became a target because they refused to pay for Halal certification – big business controlled by Australia’s Halal Certification Authority. This makes Lindt the first hero in the story. What creed forces its dietary idiosyncrasy on a free nation operating free enterprise? And why would Cadbury cave in to such imposition against our freedom? Obviously no love for God motivated Cadbury, only the prospect of sales. If you want to honor the victims of the Sydney siege, I’d suggest you go spoil yourselves and your loved ones with some Lindt chocolate. Forget Cadbury. Support those who support freedom!

Now on to the more “uncomfortable” questions. What would you have done in that situation? It’s not as easy to answer a hypothetical since you and I were not there, but I’d prefer to ponder it before anything like it happens again.

We know what Tori did. He ran for the Muslim’s gun when he nodded off to sleep. Heroic. My question is: What happened to the other 16 hostages? They clearly outnumbered the gunman, minus the one pregnant lady. 15 on 1 are good odds. That’s more than what the passengers of United Airlines Flight 93 needed when they overpowered their hijackers and crashed their plane in the fields of Shanksville, Pennsylvania. Their sacrifice saved innocent lives in Washington D.C. which was the Muslim terrorists’ fourth target, after the Twin Towers and the Pentagon. True heroism.

So why were the other 15 able-bodied hostages not helping Tori when he ran towards the gunman? 5 of them had run out of the cafe for their lives. I don’t blame them. There’s no obligation to help the person next to you. But it seems inaccurate to portray, as the media have done, runners as heroes.

What if you had been one of the other hostages? What if for every runner, the terrorist shot 1 remaining hostage? Their escape for your life. Thank God, the terrorist did not have many hostages to start with and did not choose to punish the remainder. But it was a toss of the dice that he didn’t. How would the runners live with themselves had Monis taken punitive action?

I speak about runners from some personal experience. When I caught a neighbor’s boy up to no good in Melbourne, his first reaction was to run. When I confronted his step-dad, his step-dad denied his boy could do any harm. Only after some intense grilling, the step-dad found out I was truthful and brought the runner to me to make a forced apology. I had met a runner living on my street. I forgave.

I know another Australian who kidnapped his girlfriend and fabricated a story to explain her disappearance. When people suspected he was lying, what did he do? He ran… to Singapore. Singapore promptly extradited him back to Australia for trial where he was found guilty.

You can read nearly every year about tourists from Australia getting into trouble in some foreign land. Caught for allegedly stealing, drink driving, causing accidents, using or carrying drugs, these tourists escalate the matter without realizing it. The worst thing to do in other countries is to run, but year after year, Australians run. Cooperation and humility – whether you are right or wrong – would bring a lot of favor on you in most cultures. Many non-Australian tourists are “let off” the hook abroad for being polite to authority. Not everybody runs.

Are some Australians heroic? Yes, guys like Tori are. I would feel safe to be held up as hostage inside a cafe with a few more guys like him. Our policemen and special forces fighting domestic terrorism are heroes. I feel my family is safer because of them. Our military men fighting around the globe are also heroes. But there is a different breed here too, and it’s a growing proportion. They mouth off, shout, and raise the middle finger, but at danger, they run. There seems to be an epidemic of runners who do not consider the unintended consequences of their own “escape”.

Where did this “running mentality” from? It’s not from Jesus, who chose to forego the safety of Heaven to come to this fallen world to save us. It’s not from the New Testament, which commands us to “love your neighbor as yourself”. It’s not from Christianity, which has produced abolitionists, prisoner ministers and rescuers of trafficked children and prostitutes.

The present socio-political experiment of denying our nation’s Christian roots and stripping the moral foundation from our youth is producing a new generation – one that differs from traditional and country Australians. Today, at the slightest displeasure, too many teenagers run from school and run from home. Too many adults quit or change jobs over discipline from their boss, pressure from customers or conflict with their colleagues. The church at large does marginally better. At the mere feeling of offense, some Christians head for the “escape” and run from their church or pastor. I am not referring to genuine cases of child abuse or workplace discrimination, from which you ought to protect yourself. I mean running instead of chinning up when things don’t go your way or when someone didn’t act the way you expected. Where is the penchant to stick to responsibility and stay? Where is the noble virtue of facing danger, not for self-preservation, but for the collective good?

Some readers would like voice objections, I understand, but before you send yours to me, first ask yourself: “If I were in the same cafe on that day, would I like to be surrounded by runners?” That, more than the lone gunman, would have terrified me.

Have you thought about yourself or your family being trapped in that situation? What would make you feel “safer” in such a scenario? If a man like Tori had a gun behind the counter, or other customers were carrying a concealed weapon, that siege would have never lasted 17 hours. Liberal Democrat Senator David Leyonhjelm commented that Australia has become a “nation of victims” and “those held against their will were helpless because they were unable to arm themselves.”

Regardless of your view on gun ownership, you have to admit you would feel your family was safer in the exact same cafe in the exact same situation had it occurred in Texas rather than in Sydney or Chicago, where gun ownership among ordinary citizens has all but been eliminated. It is a matter of records that violent crime is far more common in Chicago where the authorities have “taken away” guns than in Texas where citizens lawfully carry concealed weapons.

One more question: why does the media insist on calling these terrorists “lone wolves” or “madmen”? Madmen implies that they are victims of mental disability, acting without motive. No motive? The hatchet jihadi Zale Thompson who axed two New York city police officers was considered a “scholar” of the Quran.

“Lone wolf” implies that these jihadis were cast out of their group and drift alone, that the incident is isolated and it’s not likely to ever happen again. Isolated? Does anyone doubt these terrorists attacks in the name of Islam will continue? Only one day later Muslim terrorists attacked a school in Peshawar, Pakistan, murdering at least 132 children. Three days later, Boko Haram kidnapped 185 Nigerian women and children to make them their sex slaves, and those are in addition to the 276 female students kidnapped in April 2014, whose fate and freedom are still undecided. I can see a pack of wolves following behind these “lone wolves”.

Why do facts not seem to sway people who cloak “Muslim terrorists” with circumlocutions like “lone wolf” and “madmen”? They dare not say “Islam”. Because in most human interactions, bias trumps facts. This is not only true of religiously blind people, but also of typical politicians, psychologists and journalists.

Once you are committed to an ideology, facts that contradict your bias need to be buried, dismissed or contorted to fit your pre-existing belief. If your belief is “all religions are the same,” then discussing facts that all religions are manifestly not the same will produce no intellectual effect on or spiritual benefit to you.

Bias is partly to blame, but it may also be partly guilt. I have heard the idea that white people feel guilty about colonialism and therefore do everything possible to sound like they have no hint of discrimination. They are totally color blind, religion neutral, culture tolerant, supremely nice people. Anything that proves them otherwise could not possibly be true, because they are furious at and intolerant of anyone who is not as nice as them. In this case, self-image trumps facts.

A major reason I chose to be Christian, even though I did not grow up with Christianity nor felt any pressure to be Christian, is that Christianity is open to challenge and observation. Above all other philosophies and truth-claims, Jesus Christ has stood the test of scrutiny, and many who started out to disprove Him became His staunchest friends. Jesus is true without being dogmatic. And if someone decides they don’t like to be Christian, no one in the church threatens to behead them. Rather Christians are beheaded daily for their faith, and do not retaliate. Perhaps the politicians, psychologists and journalists are right, those who fight for their religion’s fifth pillar of faith – jihad – are madmen, not because they have no rational motive, but because madmen hate Christ.

How to Defeat Fear

What are your thoughts on the Lindt Cafe siege?

What would you have done?

Have you come across “runners”?

“The DIVINE CODE: A Prophetic Encyclopedia of Numbers”, Vol. 1 & 2

Available now as Paperbacks and Ebooks 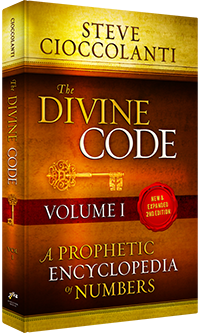 “There is no other book like The Divine Code.” 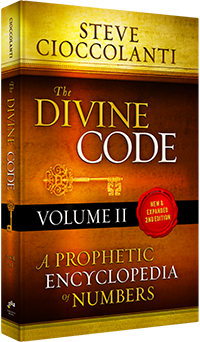 – DR. DENNIS LINDSAY –
President of Christ For The Nations 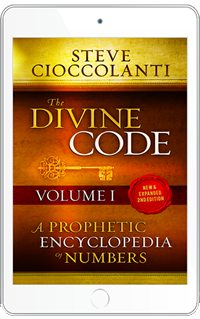 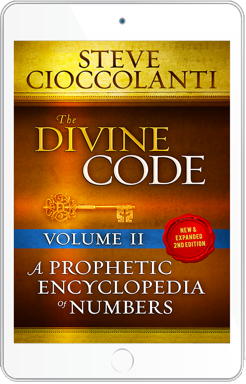 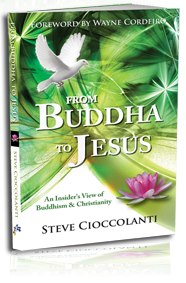 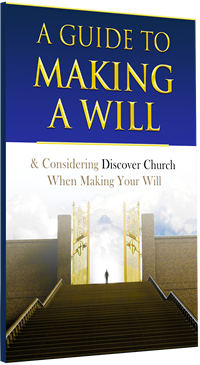